The project is dedicated to returning the poets of the Silver Age from oblivion.

Human memory is arranged in such a manner that we easily forget something, but then remember this with difficulty. And society has the same feature. It seems everything is known about the Silver Age. But this is not so. Many very talented poets never became known to the general public – someone did not know how to "make his/her name", and someone just lived a too short life... Years pass and events, phenomena, people and fruits of their labors go into oblivion. But we think that we need to remember all this! For this purpose, our Fund created the "From Oblivion" project.

As part of this project, we have remembered such names of the poets of the Silver Age, as Pyotr Yevdoshenko, Vladimir Opochinin, Yuriy Kuzis, found their old books in secondhand bookshops and library archives and published their poems on the page http://evdoshenko.ru/

Pyotr Yevdoshenko's book was republished. And it was presented and donated to the Russian House of Science and Culture in Berlin, the Giovan Pietro Vieusseux Library in Italy, as well as the libraries of Moscow, St. Petersburg and Crimea.

Poems of poets have been sounded at many poetic venues in Moscow including the Central House of Art Workers, the Poetarium, and the cultural center of the Armenian Embassy in Russia (see video recording below). 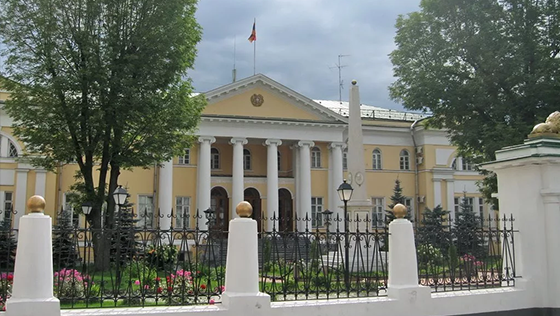